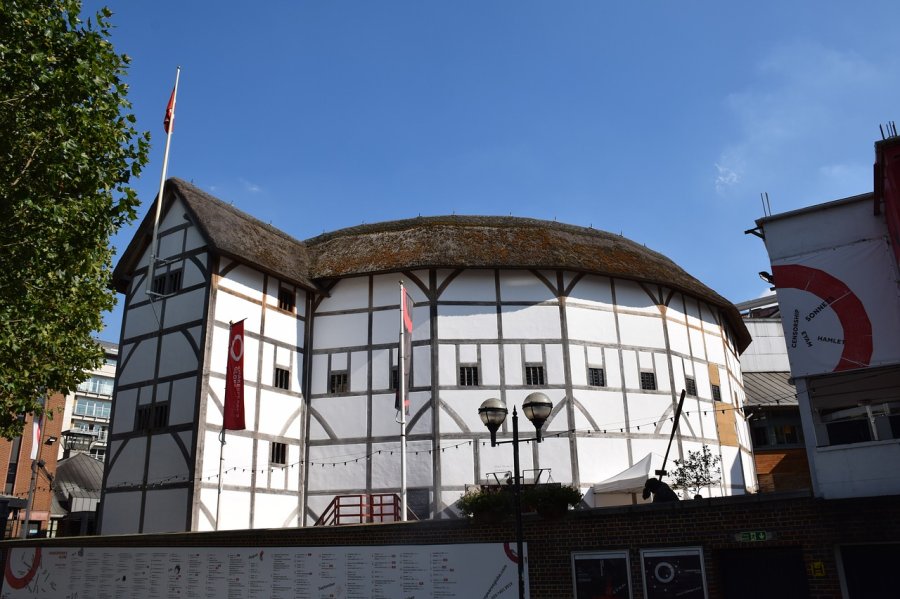 Shakespeare’s Globe is an iconic London landmark that lies on the South Bank of the River Thames, just a few hundred yards from the theatre’s original site. It is frequented by tourists and theatregoers alike. Perhaps, you have visited Shakespeare’s Globe - but how much do you know about its fascinating history? What was the original playhouse like and what drove its reconstruction in the 1990s?

In 1594, Shakespeare began acting with one of only two officially-approved companies in London, the Lord Chamberlain’s Men. Five years later, he invested 12.5% of the cost of building the Globe Theatre. Shakespeare, and four of his fellow leading actors, co-owned the theatre and held shares in the acting company’s profits.

The legendary playwright and his associates took timbers from an old playhouse that they were renting. These were used to build the skeleton of the new open-air theatre. Completed in 1599, the 20-sided theatre had three levels of galleries for spectators, surrounding a circular yard, in which a platform was mounted for the stage.

The design of the theatre reflected the places where the actors would have learned their trade. For instance, the circular yard mimicked how crowds would form a circle around actors performing at marketplaces.

The original theatre stood 30-feet high, its stage 43 to 44 feet across. It was noted for the innovative painting and decoration of its stage area.


The roof is on fire

Many of Shakespeare’s famous plays were performed at the Globe, including Hamlet, Macbeth, Twelfth Night, King Lear and Othello. But a 1613 performance of Henry VIII stands out for all the wrong reasons. The theatre’s thatched roof was accidentally set on fire by a cannon and the Globe was burned down. The acting company rebuilt the playhouse in 1614.

The Globe lasted for another thirty years, until the English Civil war when an act of parliament declared all the theatres closed, in 1642. The building was pulled down two years later to make way for housing tenements.

When American actor Sam Wanamaker visited London, he was surprised to find only a plaque to commemorate the works of Shakespeare. He set up the Shakespeare Globe Playhouse Trust in 1970 in an effort to reconstruct the theatre.

In 1989, the original foundations of the theatre were discovered, which helped archaeologists gain an insight into the original design. Based on these foundations, and existing Elizabethan buildings, the Globe was reconstructed using traditional methods and materials. Opened in 1997, today’s Globe may not be an exact replica of its predecessor but bears a close resemblance.

Thanks to Sam Wanamaker’s tireless campaigning, the reconstructed Shakespeare’s Globe now hosts works by Shakespeare and his contemporaries, along with new writing. Readings and special events also take place during the winter and summer seasons, and you can take a guided tour of the theatre all year round. The aim of the theatre’s programme is to incite academic curiosity and make Shakespeare accessible to all.