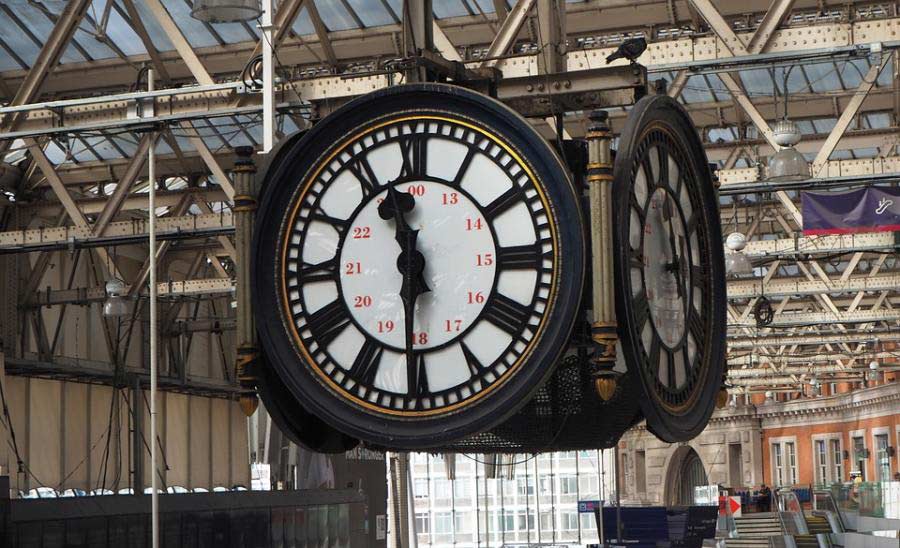 London and South Western Railway first opened London Waterloo in 1848. Since then, it has expanded to become London's busiest and biggest station.

1. Does it have to be called 'Waterloo'?

Between 1994 to 2007, Eurostar trains ran to and from London Waterloo. Some French passengers on Eurostar were not always happy about being reminded of Napoleon Bonaparte's defeat every time they entered the station (London Waterloo is named after nearby Waterloo Bridge, which in turn is named after the Battle of Waterloo). To remedy this, a French politician wrote to the Prime Minister asking whether the station could be renamed.

London Waterloo once had its own cinema near platform 1. It opened in 1934 and was operational until 1970. Following the advent of television, it fell into disuse and was demolished in 1988. The cinema was dedicated to screening newsreels, which allowed commuters and other visitors to catch up on current affairs and topical news stories, and later screened cartoons and Hollywood films.

3. Meet me under the clock

The spot under the four-sided hanging clock at London Waterloo has been a favourite place to meet someone for a romantic rendezvous since the early 1920s. The clock features in the Only Fools and Horses episode, Dates, as a meeting point for Del Boy and Raquel. The clock was made by Gents of Leicester and hangs over the main concourse.

By the late 1890s, London Waterloo had 16 platforms but only 10 were numbered, and some numbers were duplicated. There was general confusion regarding train departures and a lack of clear and consistent information from conductors. This became the butt of many jokes and Victorian comedy gags. It was even the subject of Punch cartoons. Then in 1889, Jerome K. Jerome published Three Men in a Boat, a humorous tale of three friends who embark on a boating holiday on the River Thames. In Jerome's tale, the characters are unable to find the right train at London Waterloo, so they 'half-crown bribe' a train driver who agrees to take them to Kingston by train from where they can pick up a boat. Jerome was naturally keen to poke fun at a well-known problem at one of London's busiest, expanding stations.

Waterloo Station was the setting for a successful production of The Railway Children, E. Nesbit's 1906 children's book. This was site-specific theatre at its best, with the action taking place around the former Eurostar terminal at London Waterloo. Audience members sit on either side of two platforms, facing each other, while the use of theatrical smoke and sound effects helped to bring the world of steam trains and train travel to life.

The presence of the station in the Waterloo area means that connections are good for anyone who wants to rent or buy, and it is the ideal location for property investors to let property. Find out more about the Waterloo area.